Who is Pr Tomatis ? 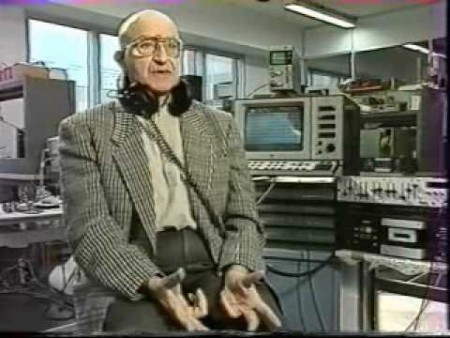 Alfred A. Tomatis (1 January 1920 – 25 December 2001) was an internationally known otolaryngologist, and inventor. He received his Doctorate in Medicine from the Paris School of Medicine. His alternative medicine theories of hearing and listening are known as the Tomatis method or Audio-Psycho-Phonology (APP).

Tomatis' approach began as an effort to help professional singers in his native Nice based on his idea that errant hearing is the root cause of a variety of ailments. His Listening Test and later his Electronic Ear therapy were designed to alleviate these problems.

Tomatis' awards and honors include:

Tomatis adapted his techniques to target diverse disorders including auditory processing problems, dyslexia, learning disabilities, attention deficit disorders, autism, and sensory processing and motor-skill difficulties. It is also claimed to have helped adults fight depression, learn foreign languages faster, develop better communication skills, and improve both creativity and on-the-job performance. About some musicians, singers and actors it is also claimed they have said they had found it helpful for fine-tuning their tonal and harmonic skills.

The Tomatis Method uses recordings by Mozart and Gregorian Chant as well as of the patient's mother's voice. Tomatis' use of Mozart is not to be confused with so-called Mozart Effect popularized by American author and music researcher Don Campbell. Although Tomatis coined the phrase, his method is not directly related to claims that listening to Mozart increases intelligence.

Tomatis wrote fourteen books and over two thousand articles. His Ear and Language, The Conscious Ear and The Ear and the Voice have been translated into English.